By: Patrick Browne
In: Coffee Beans
Tagged: beans
With: 0 Comments

The Republic of Indonesia is one of the World’s largest growers and exporters of high-quality coffee beans. The country produced 660,000 tonnes of coffee beans in 2016 and is the world’s fourth largest coffee producing country by crop size!

This article looks at the history of coffee in Indonesia, the key characteristics of Indonesian coffee and contains a rundown of our favourite coffees from the country. If you want to jump straight to our Indonesian faves click here.

Indonesia’s success as a coffee producing nation should come as no surprise. The country lies firmly within the worlds coffee belt – a band around the world between the tropics of Capricorn and Cancer where the vast majority of global coffee is grown.

The country contains 17,000 islands – each with plenty of fertile land at coffee growing altitudes between 750 and 1500 metres above sea level. The geographic diversity of the nation means it plays host to a number of highly-prized coffee types and plenty of great single-origin coffees.

If you clicked on this looking for tips on Kopi Luwak, we are not going to yuck your yum, but we deal with that niche in this separate article on cat-poo coffee.

A potted history of Indonesian coffee

Coffee’s arrival in Indonesia began in the late 1690’s when the Dutch governor of Yemen dispatched some plants to the Dutch governer on Java. Indonesia was the third place outside of the Middle East and Ethiopia to produce coffee.

The first crop of Indonesian beans was shipped out of the country by the Dutch East India company in the early 1700s. For the next 250 years coffee growing was largely the pursuit of Dutch colonists looking to make a buck out of growing demand for a cash crop.

In 1950 the nation’s coffee large plantations were all nationalized.  Today, the vast majority of coffee produced in Indonesia is done on small scale farms. There is quite a lot of cheap and low-quality robusta coffee beans still produced, but this is generally done at lower altitudes and much of these beans go to make instant coffee products.

What are the chief characteristics of Indonesian coffee and how is it produced?

Arabica coffee in Indonesia is hand-harvested from small and medium sized estates and plantations and then processed in a number of different ways.

The vast majority of all beans are wet processed. This basically means the fruit is washed from the coffee bean  in commercial machine before beans are dried and roasted. Some plantations do still opt for the the old fashoioned method where coffee fruits  are dried and then husked.

There are around 20 highly-prized arabica varietals that have been cultivated over the past 300 years that fall into six broader categories:

The vast majority of all Arabia prioduction takes place around Sulawesi, Sumatra, and Java. Obviously there are large differences between coffees produced in Indonesia. However we can say that there are a broad set of characteristics that are associated with coffee from this region.

Indonesian coffee is generally earthy with a striking flavour profile. Notes of tobacco, leather and spice are common as are strong acidities. The coffee tends to have a strong, coco-esque finish.

These dark-roast fair trade beans make some very full-bodied coffee and are great for espresso. They are also certified organic and fair trade and come from ethical foodstuff titans Suma. A great choice for consientous consumers, these beans are grown by a Sumatran co-operative with about 6,500 members.

Proceeds from the beans have helped ensure access to clean drinking water, clinics and shools for members! 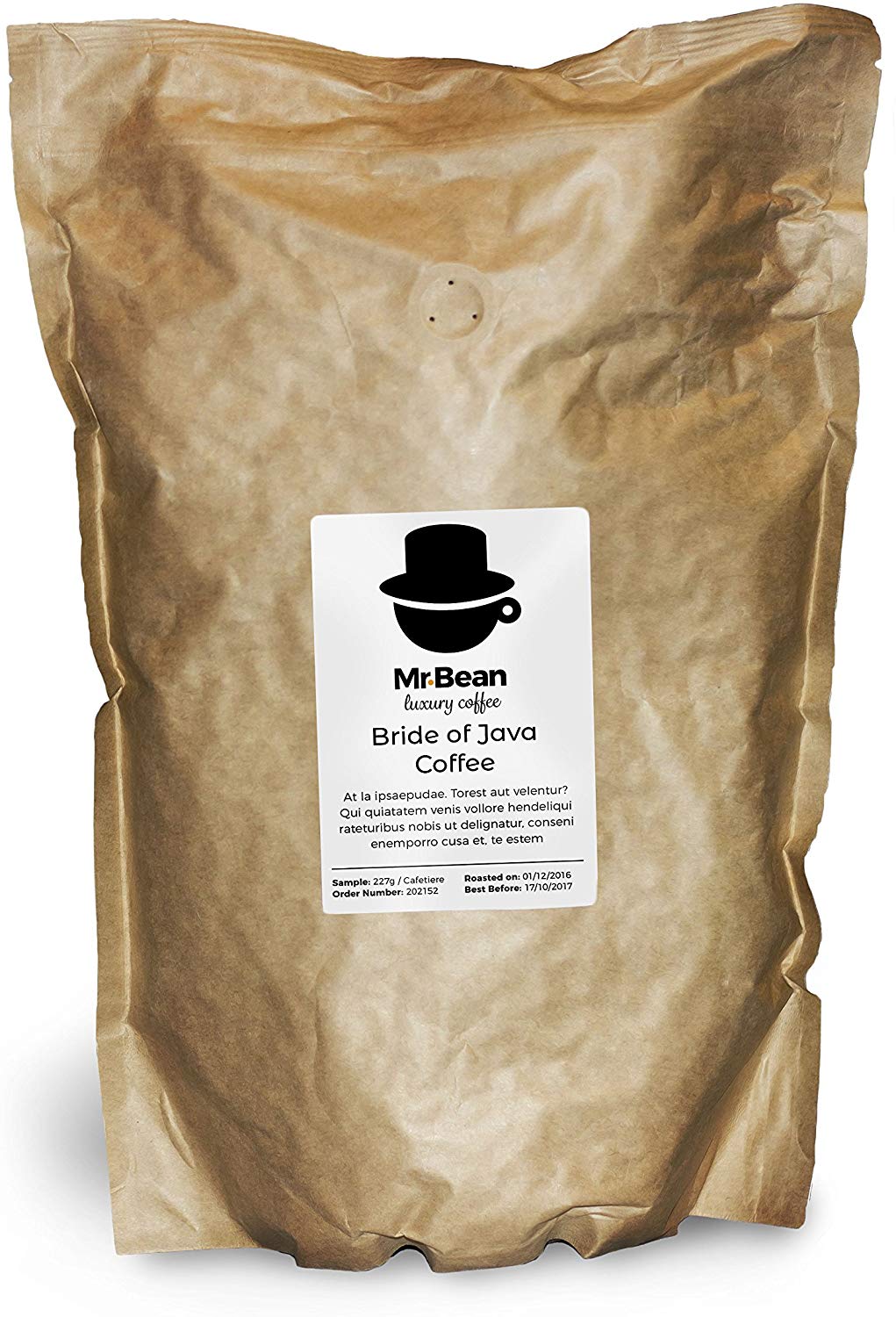 This Indonesian blend of beans is very tasty. They are a lighter and smoother coffee than we expected. We brewed them up a few ways and found they worked really well as longer milky coffees but less so if you are into a short, neat coffee game. 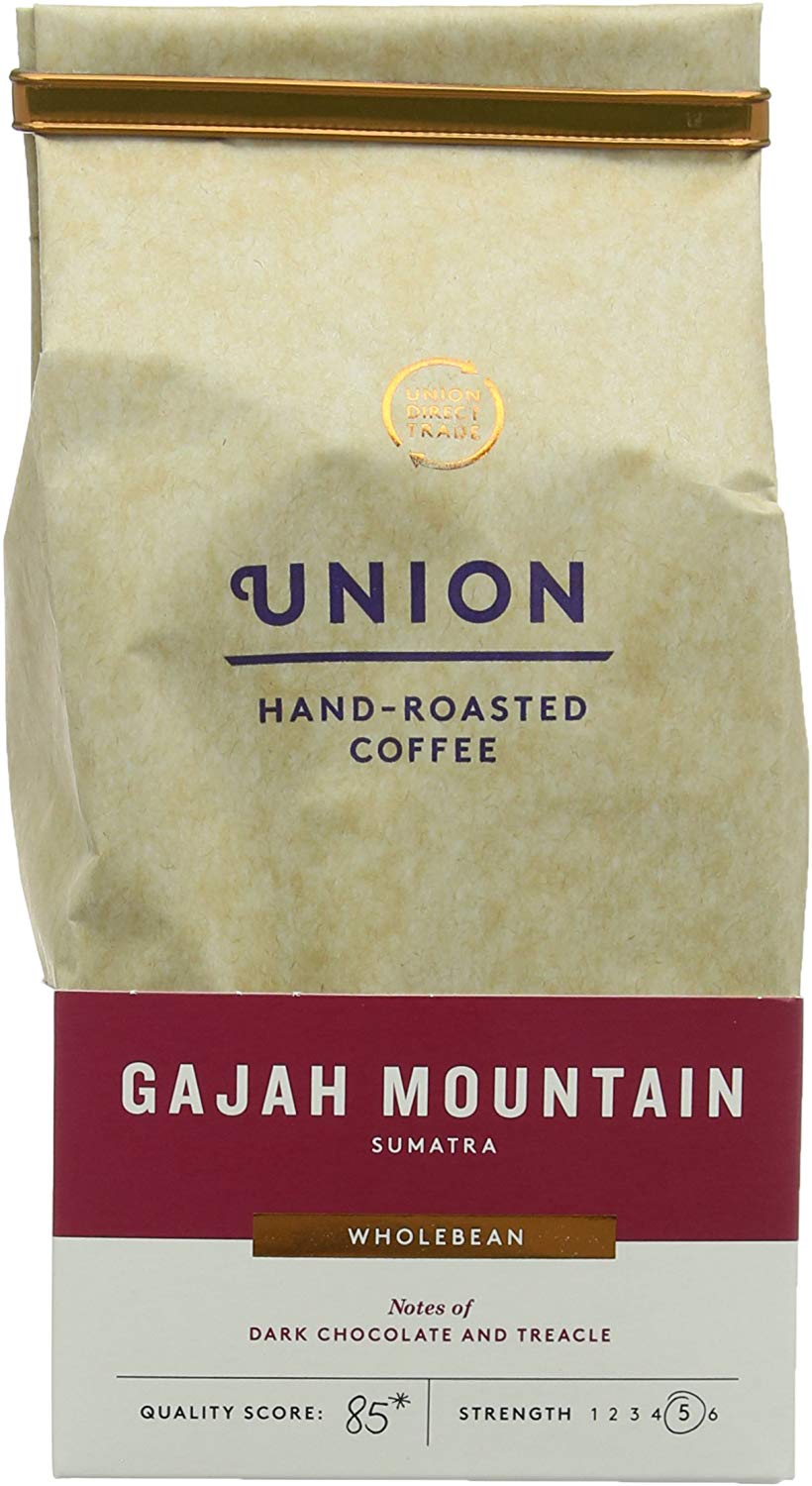 Here is a great set of beans grown high in the Aceh Mountains of Sumatra. The coffee is dark roasted and boasts smokey, peaty aromas with notes of treacle and dark chocolate.

Union recommends pairing this with a glass of single malt. Why not give it a go?

This coffee’s unusual name comes from the unique shade of the raw beans grown around Lake Toba region in Indonesia. The coffee is known for its low acidity, softness and strong flavour.

It is a highly-prized coffee and another that works especially well in milkier coffee drinks. 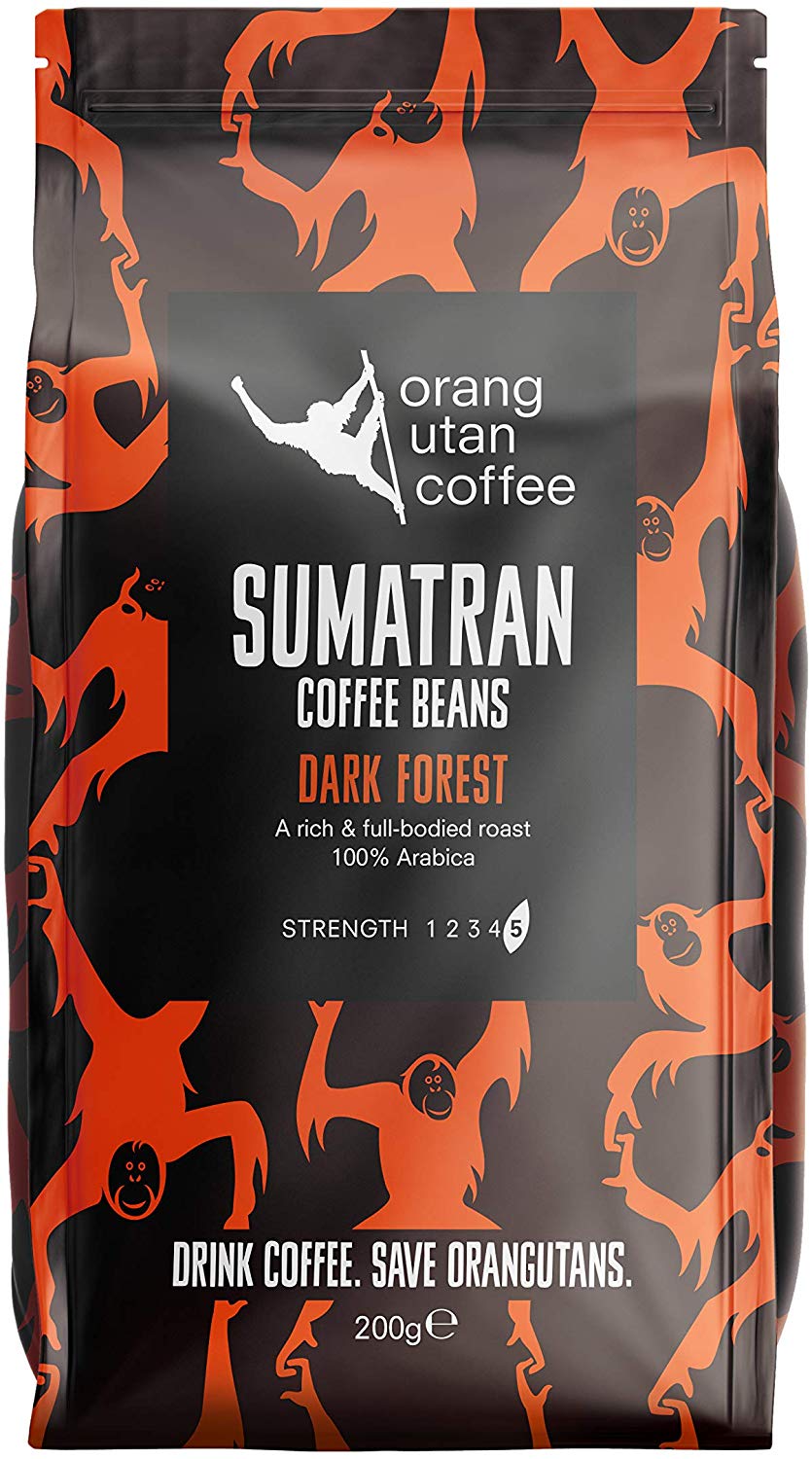 Here is another strong choice for ethical consumers. The ever-popular Orangutan Coffee is produced by farmers across the Gayo Highlands in Central Aceh.

The producers pay a premium to the farmers to get them to collaborate with strict production guidelines and projects that will help conserve the native Orangutan population which lives in forrests in the same area.

There are estimated to be around 7,500 of the primates left on Sumatra, so by voting with your pound you can help make a difference to the conservation effort. It is tasty stuff too and versatile, working well when brewed and ground in a number of different ways. 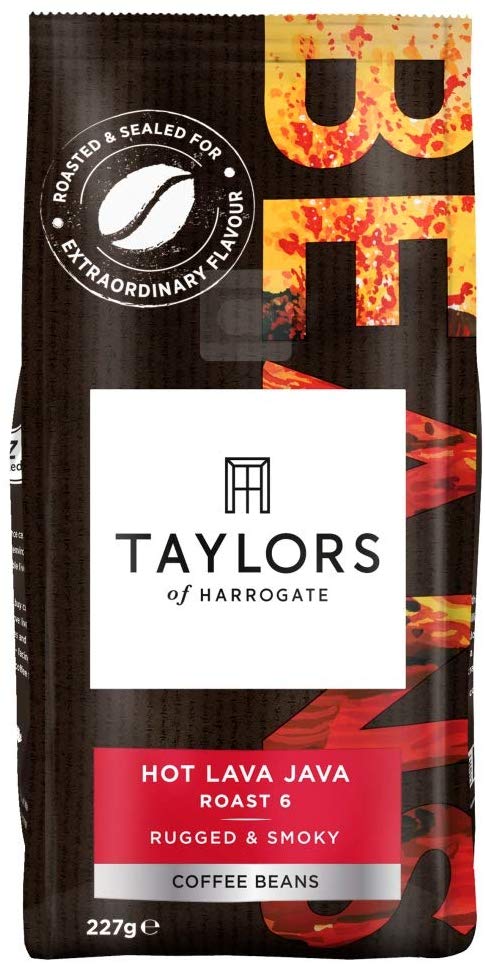 Something of a classic, this iconic coffee from stalwarts Taylors of Harrogate has been well-known in coffee-drinking circles for decades. As good now as it was then, these beans are so full bodied and darkly roasted that they get a strength rating of 6/5!

They make a coffee that it seriously strong and smoky, but remains smooth. High caffiene stuff this too – so will send you bezerk if you overdo it, but great to have in the cupboard for those mornings when you just can’t get going.

Check price at Amazon »
2020-01-28
Previous Post: What can I do with my used coffee grounds?
Next Post: Does Coffee Stain Your Teeth?