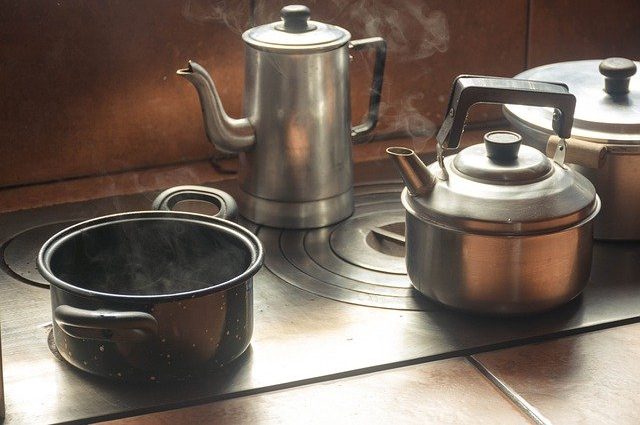 How much caffeine is in cup of coffee?

By: Patrick Browne
In: Coffee Questions
Tagged: caffeine
With: 0 Comments

How much caffeine is coffee?

Caffeine is the most used drug with psychoactive (mind altering) properties in the world. As tasty as coffee is, safe to say much of its popularity is based on its caffeine content. Caffeine does a lot of things, but its main and most obvious effects are to provide a temporary boost to alertness and energy levels. This has not been lost on drinkers down the years and has spurred the popularity of the magic bean since its introduction to Europe in the 16th century. But how much caffeine does coffee contain? How much caffeine is it safe to drink? And how does the caffeine content of coffee compare to other caffeine rich comestibles such as tea and chocolate?

How much caffeine is it safe to drink?

A recent paper from the European Food Safety Authority (EFSA) looked at the issue in detail and painted a mixed picture. For an average adult consuming caffeine daily, the authority found that 400 milligrams across a 24-hour period does not give rise to any health concerns “in relation to acute toxicity, bone status, cardiovascular health, cancer risk or male fertility”. Happy days. For the purpose of the paper, an average adult was taken to have a weight of 70kg, so the actual limit is 5.7 milligrams per kilo of bodyweight. So if you are petite, you may want to drink less, while bigger people can get away with more. The safe level for pregnant and breastfeeding women is half the figure for average adults, at 200 milligrams per day. Higher caffeine consumption has been linked with lower birth weights and can make young babies jittery and alter their feeding patterns. For children and adolescents, the picture is less clear. The paper’s authors say insufficient research between caffeine consumption and health outcomes makes it impossible to derive a safe level of caffeine consumption for this subgroup. Contrary to the popular beliefs about caffeine being harmful for teenagers and children, the paper says they may be less sensitive to the effects of the molecule as youngsters, who are better at breaking down the molecule and flushing it out their systems. In spite of the lack of evidence, boffins propose a safe level of 3 milligrams per kilo of bodyweight per day for children and adolescents.

How much caffeine should I have in one sitting?

Research shows that single doses of caffeine at around the 3 milligrams per kilo of bodyweight are likely harmless for people in all categories, which means an adult weighing 70kg could consume 200 milligrams of caffeine in one go.

How much caffeine is in coffee then?

It depends what you mean. Let’s start by looking at how much caffeine is in coffee beans before seeing how that translates to your cup. There are two main types of coffee bean that are consumed – the (highly prized, tastier and better quality) Arabica and the cheaper Robusta. Of the two, Robusta contains far more coffee. Indeed, many of the “high caffeine coffees” that are marketed and sold use Robusta beans. The beans contain caffeine as a natural pesticide. In general single roasted bean of Robusta contains an average of 2.9 milligrams of coffee, while one roasted bean of Arabica contains 1.9 milligrams of coffee. These are just average figures; some beans may contain far less and others far more. It has been suggested that this is why sometimes a cup of coffee does not wake you up at all while other times it can blow your head off….it all depends on the composition of the beans that went into your cup!

Fascinating, but how much caffeine is in a cup of coffee?

During coffee brewing caffeine dissolves from crushed beans into the water. The longer you soak your grinds, the more caffeinated your brew is going to be. This means that full immersion brew methods like the cafetiere tend to produce coffee that packs much more of a kick than espresso. Espresso is hardly a lightweight, but people often assume its strong flavour means it is super caffeinated. Although it is brewed at high pressure it is not as caffeinated as you might think as it is made with only a little bit of water, and caffeine is water soluble.

As a general rule of thumb:

There is no definitive answer to this, but some major high street coffee vendors do give average figures for how much coffee their drinks contain, and they are above the average figures given above. A major thing to consider here is that some high street coffee shops will let you buy large coffees – wayyyy bigger than a standard mug. It seems a pretty obvious equation, but more coffee = more caffeine. According to figures published by Starbucks, its single espresso shot drinks contain 75g of coffee and double shot drinks contain 150g of caffeine. A ‘Short’ (236ml) filter coffee contains 157 milligrams a ‘Tall’ (354ml) 229 milligrams…a ‘Grande’ (463ml) 309 milligrams….and a Venti…. (591ml) contains a WHOPPING 387 milligrams – or almost an entire day’s coffee for a 70kg person! According to data published by McDonald’s, one of its regular cappuccinos contains around 175 milligrams of caffeine, while a large cappuccino contains approximately 209 milligrams.

How does coffee compare to other sources of caffeine?

Though probably the main source of caffeine for most people, coffee is not the only dietary source of the magic molecule. Energy drinks, soft drinks, chocolate, tea and green tea all contain caffeine. But how much?

What does this all mean?

Although caffeine can can exacerbate some conditions like high blood pressure, anxiety and is not recommended for people on some medications it is safe for most people to consume in farily large quantities. It has benefits too and can boost focus, mood and even help with weight loss. Coffee is a great way to get your fix of the magic molecule too, not that we need an excuse. Each cup delivers a massive dose of antioxidants – way more than from fruit and veg. Antioxidants are molecules which mitigate oxidative stress on the body and protect against multiple cancers. Time to put the kettle on.
2020-12-23
Previous Post: Gaggia Classic Pro: In Depth Review
Next Post: Best hand coffee grinders