How to Lose Weight With Coffee

By: Patrick Browne
In: How To Guides
With: 0 Comments

Seldom a day goes by without the media and marketing teams touting the weight loss prowess of a common kitchen cupboard ingredient. Green tea, apple cider vinegar, and turmeric have all made headlines recently as the latest crop of super ingredients that can help you burn off excess pounds. But the scientific case for coffee is among the strongest out there.

Let’s take a closer look at how the magic bean can help those looking to get in shape, and how to use it in the healthiest and most effective way. 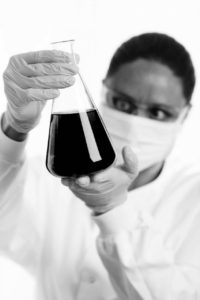 The magic compound that makes coffee effective for dieters is known to scientists as C8H10N4O2, but you’ll most likely know it as caffeine. Caffeine is present in the vast majority of weight loss substances on the market thanks to its ability to boost our metabolism. When metabolisms are ‘boosted’ it means that the body is burning calories at a faster rate. This helps burn off calories stored as fat and means it is less likely that your body will add to its fat stores.

The process by which this works is known as lipolysis. Lipolysis is prompted thanks the way caffeine stimulates the body’s nervous system. After caffeine, your body sends signals to its fat cells telling them to release free fatty acids into your bloodstream. The body will then essentially burn these free acids for energy.

Studies suggest daily caffeine consumption can boost metabolism between three and 11 percent, helping your body burn through up to 200 calories more each day.

Separate studies have shown that the fat burning effects are more pronounced in younger and naturally leaner people, where the metabolism boost can reach 23 percent.

Regular gym goers also stand to benefit from a caffeine hit. The magic molecule’s presence has been shown to boost speed, power and endurance during workouts. This allows you to work out harder and longer and torch even more calories.

Obviously you don’t need to get your caffeine from coffee, but sipping cups of the black stuff is cheaper than splashing out on supplements and comes with the added benefit that each delicious mug comes with a huge hit of antioxidants.

Some of those antioxidants belong to a family of compounds called chlorogenic acids which have been studied extensively by nutritionists for their appetite suppressing abilities. This means that regular cups of coffee can help keep any hunger pangs at bay when you are reducing the portion size of your food or eating lower calorie foods.

So the scientific case for coffee is solid – but how you drink it is also important. 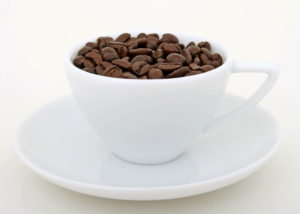 A large latte made with full-fat milk contains around 190 calories and each sachet of sugar stirred into it will add approximately another 30 calories to your cup.

A cup of black coffee with no sugar meanwhile contains around two calories. If you’re looking to lose weight, avoid milky or sugary coffees and drink it black or espresso. Should you prefer a sweeter coffee add a calorie-free sweeter like Stevia. Creamy frappucinos are a no-no, sorry.

To make the most of coffee’s metabolism boosting benefits you will want to keep yourself well stocked and have coffee throughout the day. Nutritionists consider drinking up to four cups of coffee a day to be perfectly healthy.

You will also want to time one of your coffees so that it falls 30 mins pre-workout so it can kick in in time to rev you up during your exercise session.

Obviously, coffee can be a bit of a double-edged sword. If you have it too late, you may struggle to get some shut-eye, or have the quality of your sleep negatively affected.

Sleep impairment causes the body to produce excess insulin, causing your body to store fat at a rate of knots. It also impairs frontal lobe activity, damaging your ability to make responsible decisions. Even worse, the brain’s reward centre, the amygdala, goes into overdrive causing you to crave high-calorie foods.

Obviously, the extent to which a post-dinner brew affects your sleep depends on every individual’s level of caffeine tolerance, but general guidelines suggest knocking it on the head around 7 hours before you go to bed is the best way to go.